Garnet The Many Colored Gemstone 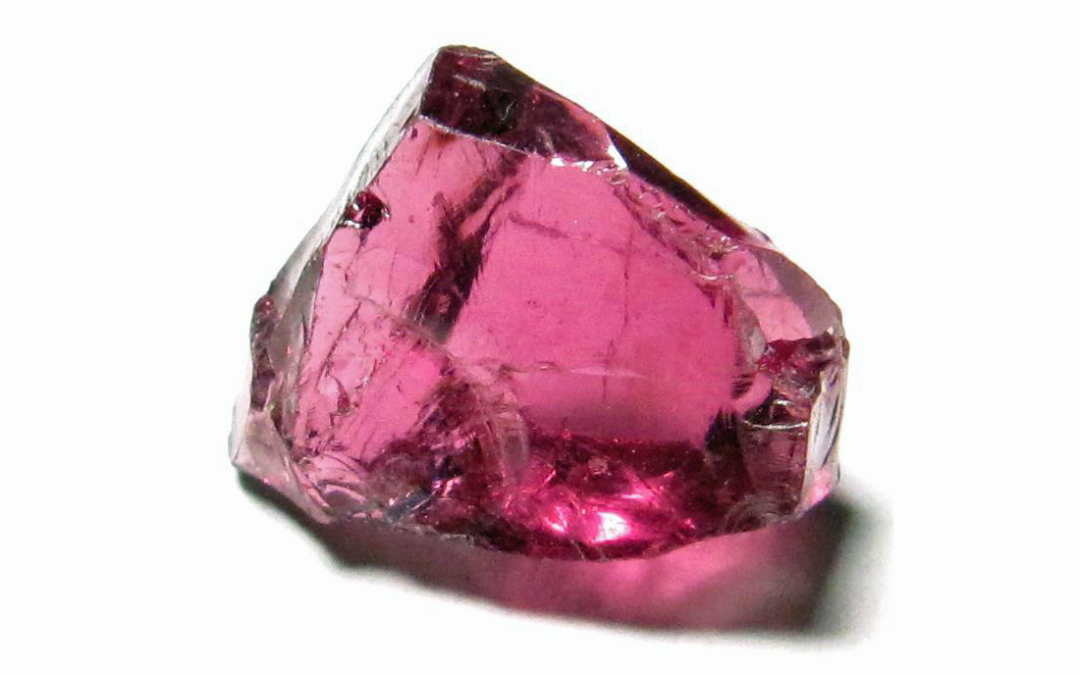 Garnet – Its Not Just Red, It’s A Many-Colored Gem
By Chris Ralph

What color is garnet close to?

Garnet color: most people think of a dark red colored gemstone when they think of garnet, but garnet is actually a whole series of different gems. Beyond the well-known deep reds, garnet can be purchased in cinnamon to tangerine shades orange, light yellows, deep purple, grass greens and soft lavender-pink. Garnet is all these colors and many more. Garnets are actually a closely related group of different gemstones that are available in nearly every color. There are garnets that change color in different light, translucent green garnets that look like jade and garnets with stars. Some kinds of garnets have been mined for thousands of years and some garnet varieties were just discovered in the few last decades. Garnets are fairly hard and durable gemstones that are ideal for jewelry use, except for demantoid, which is a bit softer and requires more protection. Because some garnets are inexpensive and have been used in the past for cheap jewelry, garnet is the gemstone which just doesn’t seem to get the “respect” it is due. This is rapidly changing in light of the many new varieties of stunning colors now available in Garnet gems. 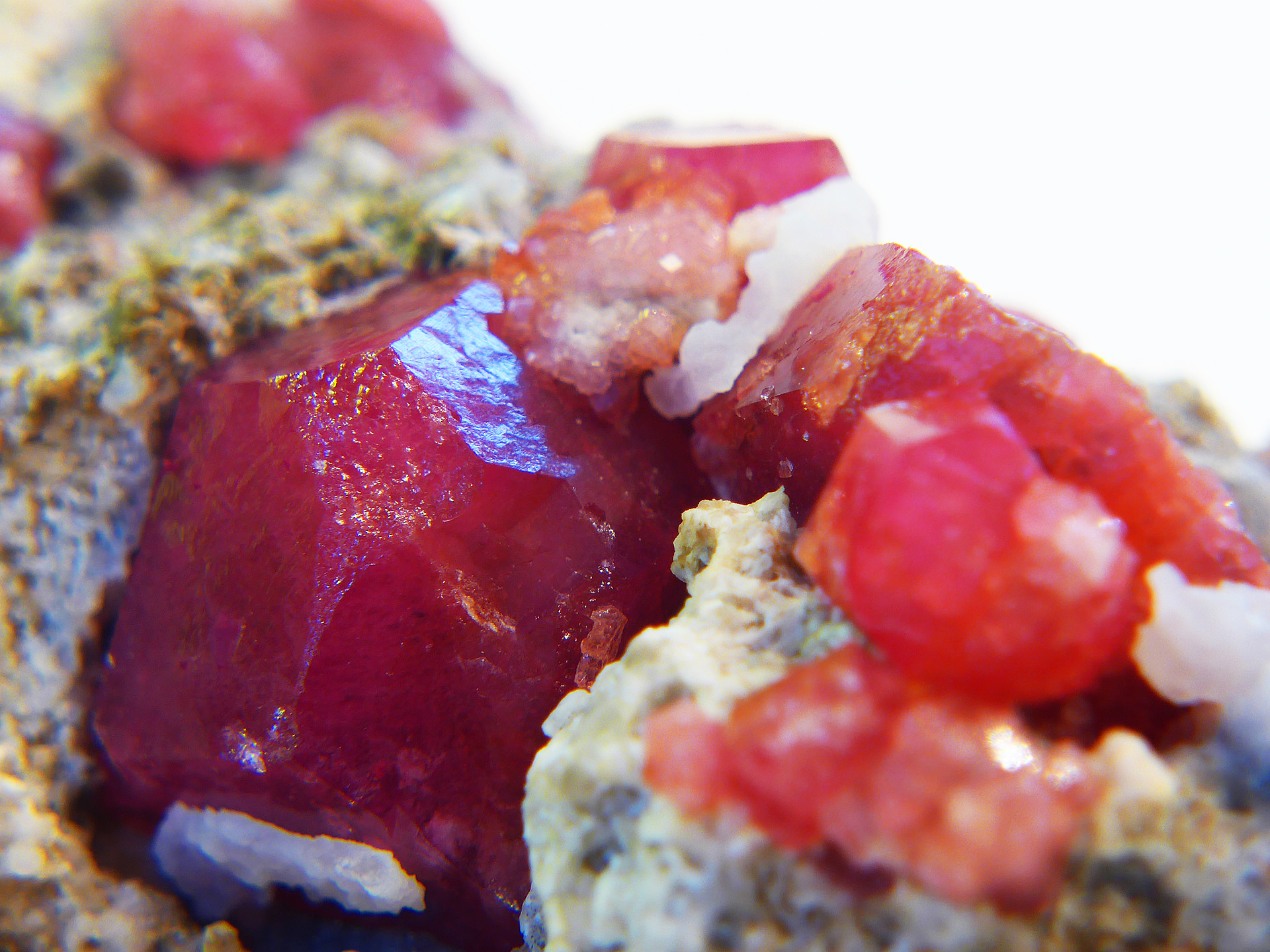 Garnets have been used as ornamentation for more than 5,000 years. Garnet beads have been found in Egyptian excavations dating back to 3200 B.C. The breastplate of Aaron, which was worn around 2,000 B.C., is said to have contained a Garnet. The Asians in the 4th century B.C. used Garnets in creating their seals. Frequently Garnets were carved into cameos and intaglios and worn in rings. Carbuncle is an old term which typically referred to a Cabochon Garnet. The back of the Cab was hollowed out to create a brighter Garnet and make it more transparent. The ancient world is full of praise for the carbuncle, the glowing red coal of a gemstone we now know as garnet. The name garnet probably comes from pomegranate. Many ancient pieces of garnet jewelry are studded with tiny red stones that do look a lot like a cluster of pomegranate seeds!

The Garnet group of minerals has 20 different species. The most commonly recognized are Pyrope, Almandite, Spessartite, Grossular and Andradite. The chemical formula for Garnet is complex with all species having a slightly different combination of elements. During crystallization some elements interchange to form a mixed Garnet consisting of two or more different species. Pyrope-Almandite, Almandite-Spessartite and Pyrope-Spessartite are examples of these types of intergrowth. Garnets have a hardness of 6.5-7.5 and are excellent choices for jewelry. Garnet crystals form in the cubic system, typically as a 12-sided crystal or dodecahedron. They are available in all colors except pure Blue. One problem with some types of garnets comes from their deeply saturated color. In many types of garnet, especially Pyrope and some Almandines, gems cut into large sizes will be too dark to reflect light and the stones will appear black. It is important to consider this fact when buying larger deep colored garnets. In general, garnets are not treated to change their color, in the way that many other gems are. Here is a brief description of a few of the better-known gem varieties of garnet gems:

Almandine is perhaps the most common of the garnet family, and is the deep red to red-brown stone most often thought of when people think of garnet. It is an inexpensive stone, but new mines in east Africa are producing Almandine in more desirable red to red-orange colors which have no brown undertones. The major sources of Almandine are Madagascar, India and Sri Lanka. Almandines are sometimes available in large sizes, and most garnet sculptures are done in Almandine. Entire cups or vases have been made from single crystals. Because of its depth of color and saturation, some faceted gems cut too large from this deeply colored material will not sparkle because they are too dark to reflect the light.

Rhodolite is the name used to describe the lovely pinkish, purplish or lavender Red Garnets which are a mixture of Almandite and Pyrope. This name was first used in the late 1800’s to describe the new rhododendron shade of Garnets discovered in North Carolina. In general, Rhodolite Garnets are not as dark as the common Pyrope or Almandine Garnets. Most Rhodolites seen today are African in origin and are bright, transparent Gems. These are probably the most popular garnet seen in fine jewelry today. Common shades of Rhodolite include Red stones, purplish Red and the popular Raspberry Rhodolite, a rich red-Purple with bright Lavender highlights. Rhodolite garnet is mined in Africa, India, and Sri Lanka. Brazil is producing a dark purplish Rhodolite, sometimes called grape garnet, because of its similarity in color to concord grape jam.

Tsavorite is the most desirable of all garnets, with a wonderful purity and intensity of its beautiful green color. Until Tsavorite was discovered in the late 1960’s there was no other gemstone but emerald that could offer the gem buyer such a rich, dark green color. This magnificent green garnet has been in great demand for jewelry since its discovery, and for good reasons: it is harder than emerald, more durable in jewelry, less included than emerald, more brilliant when faceted, and is much rarer than emerald. In short, it is (by all counts) a better gemstone, but it lacks the magic and the antiquity of the name “emerald”. For this reason it is known to far fewer people, is in much lower demand, and is therefore much less expensive than emerald of comparable color. Even so, because of its beauty, Tsavorite is the most expensive of the garnet family. It is actually a form of Grossular, colored green by the presence of trace amounts of the metal vanadium.

Tsavorite was first unearthed in Tanzania and Kenya; the name “Tsavorite” is actually a trade name created by Tiffany and Co., in reference to the Tsavo National Park in Kenya (located near the Tsavorite locality). The geology of Tsavorite is such that the supply is extremely sporadic. The heat and folding of the rock hundreds of millions of years ago which formed Tsavorite also shattered most of the crystals. It is very rare to find Tsavorite in sizes larger than five carats, and most faceted stones are below two carats. Many deposits of Tsavorite are small and unpredictable: seams suddenly narrow and disappear, giving no indication where to look next. Most of the rough is highly shattered in place (due to earth movements over the centuries), which accounts for the great rarity of large, clean stones.

There have been perhaps 40 different areas where Tsavorite has been mined but only four mining ventures are still producing in commercial quantities. The Scorpion Mine in southeast Kenya is now producing from tunnels sunk on an incline for more than 200 feet. The other major producer in this area has a large open-cast operation to a depth of 40 feet which has yielded a considerable quantity of Tsavorite. Unfortunately, the owners are unable to continue mining by this method and are beginning to introduce underground mining. Recently, a new Tsavorite-producing area was discovered in Lokirima, about a thousand kilometers northwest of the previously known localities. Although this locality is only producing a small quantity, it is promising that the possibility of finding Tsavorite exists over a wider area than previously thought.

Tsavorite garnet has more than tripled in price since its introduction to the marketplace, but at current price levels it still sells at a tenth or less of the price of emerald of comparable quality. Stones over 2 carats are extremely rare, and 5+ carat gems of fine color are virtual museum pieces.

For photos and more information on the varieties of garnet described here as well as other garnet gems, see the authorï¿½s website at: http://nevada-outback-gems.com/Encyclopedia_pages/GARNET.HTM

The author has an entire set of web pages which are devoted to providing information about the world of gemstones. His gemstone information Encyclopedia page can be seen at: http://nevada-outback-gems.com/Encyclopedia_pages/Gemstone_Encyclopedia.htm

Chris Ralph writes on small scale mining and prospecting for the ICMJ Mining Journal. He is a rock hound and prospector and owns his own turquoise mines in Nevada. His website on gemstones and jewelry can be viewed at: http://nevada-outback-gems.com